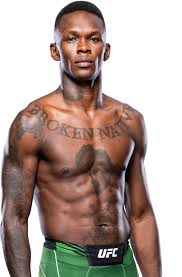 Adesanya was raised on the island nation of New Zealand with the fighter having to move to a new country at the tender age of 10.

Fans have always been wondering why Adesanya’s parents moved to a completely different country, away from all their family and close friends.

In a recent interview, ‘The Last Stylebender’ while responding to the reason behind their move to New Zealand said like many other blacks, he suffered racism after their relocation.

“I never realised I was black till I left Nigeria, I knew my skin tone but I never knew it was a problem, that people would discriminate against me because of my skin tone and it was weird for me,” he said.