My marriage is over actress Wumi Toriola declared 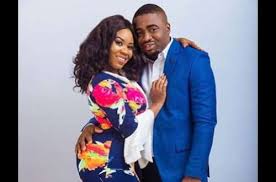 Nollywood actress, Wumi Toriola, has finally reacted to rumours concerning her marriage, confirming that she has separated from her husband.

She also addressed allegations that she was violent during her marriage, stating that such allegations were false.

There had been rumours on social media concerning the actress’ marriage after she participated in a viral TikTok challenge where she claimed that she was single.

A famous blogger, Gistlover, had also hinted at the marriage crash, coupled with allegations that the actress’ display of violence led to the end of the union.

Clearing the air on the rumours, the Battle on Buka Street actress wrote on her Instagram page on Tuesday, “There has been a lot of media attention on me lately regarding my marriage. Yes, it is true the marriage is over. We have gone out separate ways for over a year now. It didn’t work out, there was no need for drama hence my reason for not letting my fans know.

“But yesterday I saw a report where it was alleged that I was violent while the marriage lasted, and I used to beat my mother and my mother-in-law. It was reported that my ex allegedly concocted these lies.