Get your PVC now! 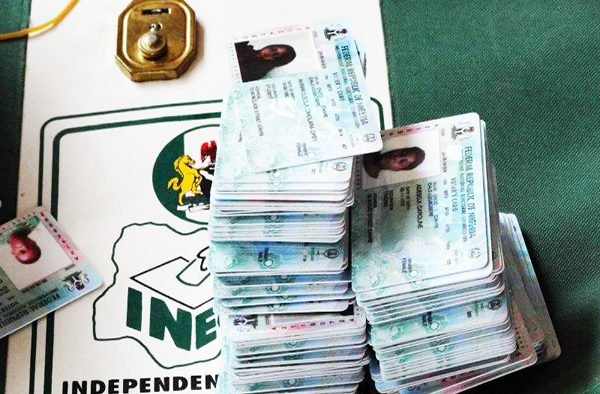 Get your PVC now!

With six weeks to go to Nigeria’s general elections, the Independent National Electoral Commission (INEC) has extended the deadline for the collection of Permanent Voter Cards (PVCs) nationwide by one week.

INEC National Commissioner, Festus Okoye, said that the deadline for the collection of PVCs has been shifted to Sunday, January 29 to ensure that every registered voter has ample opportunity to collect their PVCs ahead of the forthcoming elections.

He stated that it has printed over 13,868,441 PVCs for all new valid registrants as well as applicants for transfer or replacement of cards.

According to the figures released by INEC, the total number of registered voters for the 2023 general election stands at 93,469,008.

The electoral body figures also show that the North-West geopolitical zone has the highest number of registered voters with 22,255,562, while the South-West has 17,958,966 registered voters.

INEC however, lamented that it has recorded a low turnout for the collection of PVCs despite a week extension of the deadline. About 6.7 million eligible voters are reportedly yet to collect their PVCs across the 17 states including Abuja, the FCT as of January 4, 2023.

The resonating lamentations in recent weeks by the Independent National Electoral Commission (INEC) over the low collection rate of the Permanent Voters’ Cards (PVCs) in many states of the federation have not only become a source of worry but also a threat to the 2023 general elections that are only a few weeks away.

The fact that the PVCs had been produced by the commission at a great cost to our commonwealth but are not being collected by registered voters makes the matter appear complex. It also sounds ridiculous that the lamentations over PVC collection are rather coming from the country’s electoral body.

According to report, INEC recently raised the alarm that no fewer than 6.7 million Nigerians are yet to collect their PVCs in 17 states and the Federal Capital Territory (FCT). Of this figure, 2.1m PVCs are in Lagos and Abuja as at December 29, 2022; with over 1.6m unclaimed PVCs in Lagos State.

A document from the commission categorises the uncollected PVCs in Lagos State into 916,961 old cards and 777,002 new cards. Meanwhile, 460,643 PVCs were uncollected in 11 years in the FCT.

Report has it that over 1.6m PVCs are yet to be collected in Lagos State while over 600,000 PVCs in Edo and over 700,000 in Oyo State among others are still unclaimed.

The problem with low PVC collection, indeed, goes beyond voter apathy. Some possible reasons many have alluded to explain this situation include the general careless attitude of many Nigerians, typified by their last-minute rush when it comes to civic duties.

This has been a recurring decimal among Nigerians. Long hours of waiting at PVC collection points arising from unnecessary red-tape procedures could also slow down PVC collection. INEC is thereby urged to ease the collection procedure without also compromising or short-changing the system.

Since it’s a right for citizens to be registered in order to vote or be voted for in an election, the onus is on the citizens to go back and collect their PVCs after being registered. Certainly, with every right comes a corresponding responsibility. It beats one’s imagination why anyone would want to disenfranchise himself, after all.

It was therefore a thing of joy when some States across the countries announced some days as work free so that some government workers who ordinarily will be at their various duty posts between the allotted hours for the PVC collection could now use the opportunity of the free day to pick them up.

While Ondo State and Ekiti States had penciled down today, Tuesday, Ogun State has urged its workers to use today and Wednesday to see to their PVC collection while Ebonyi and Cross Rivers had equally urged their workers to use Thursday and Friday this week to get theirs.

Nigerians who will use this window of extension to get their Permanent Voter Cards would have been patriotic enough to have known that citizens must be ready to perform their civic responsibility and they would have been able to take this further by not just collecting their PVCs and keeping them on their shelves but rather using them to bring on board qualitative leadership for the country.

Atiku Appeals to Nigerians to Collect Their PVCs
THE HB REPORT January 16, 2023

Atiku Appeals to Nigerians to Collect Their PVCs