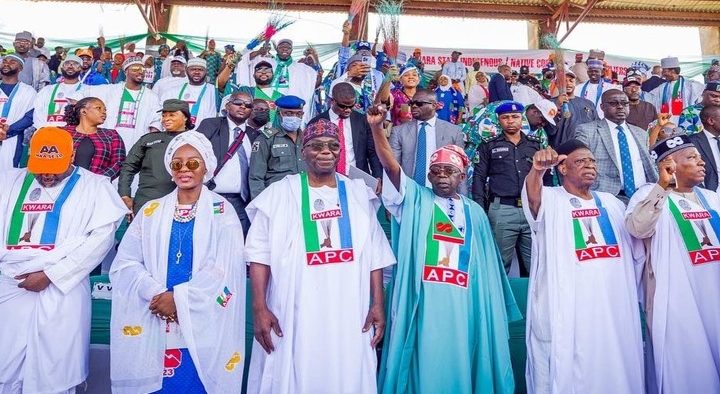 The Presidential candidate of the All Progressives Congress, Asiwaju Bola Ahmed Tinubu has asked the people of Kwara state to cement their freedom by voting the APC in the coming elections.

During the party’s presidential campaign in Ilorin, the Kwara state capital, Tinubu said the freedom achieved four years ago will become more meaningful if APC candidates are re-elected.

Asiwaju Tinubu promised to faithfully implement his 16-point plan if elected as Nigeria’s next president.

In his remarks, the Kwara state governor, AbdulRahman AbdulRazaq commended the people of the state for their overwhelming support for Asiwaju Tinubu.

He urged them to translate the love into votes on the election day.

He said the APC administration has done well for Nigerians inspite of global economic meltdown, Covid-19 and challenges.

Leave Me Out Of Your Fight With Buhari, Atiku Tells Tinubu
THE HB REPORT January 27, 2023

Leave Me Out Of Your Fight With Buhari, Atiku Tells Tinubu