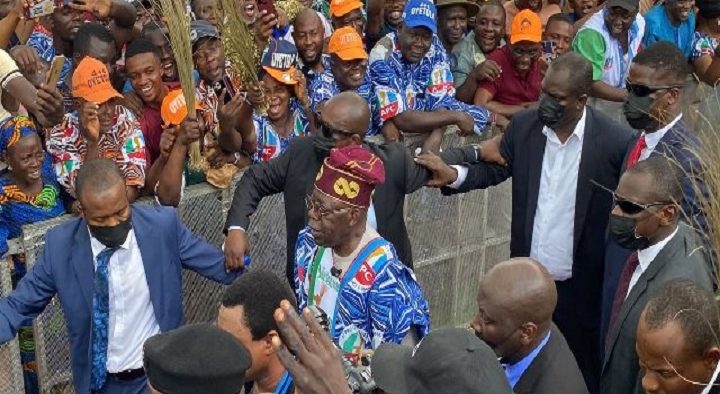 The newly inaugurated 65-man committee saddled with the responsibility of formulating the expectations of Nigerians to determine the manifesto of presidential candidate of the All Progressives Congress, Asiwaju Bola Tinubu, on Wednesday said the party’s victory in 2023 poll will decide who controls the majority in the National Assembly and States.

The observation was raised by Chairman of the think tank committee, Oserheimen Osunbor, who also emphasised that the victories will ensure Asiwaju’s administration does not have any impediment in the way of recalcitrant oppositions among the lawmakers.

The former governor of Edo State and two-term senator said, “We all need to brace ourselves up to face the task ahead to ensure APC and Asiwaju’s victory in 2023.

The victory will be principally for us to control the majority of States and National Assembly to ensure that the president does not have any impediment in the way of recalcitrant oppositions among the lawmakers.

“There is work to be done during the campaign and from the moment our president is sworn into office and hit the ground running. That is the task before us.

“As stakeholders living in this country, we know the expectations of our people, particularly the youths. But we will still consult wide because we want to ensure that at the end of the day, the recommendations that we will be coming out with will be what Nigerians will consider as very impactful and capable of addressing the problems confronting this country on a path of more achievements and greatness that we expect and deserve for Nigeria.”

The inauguration ceremony took place at Casa de Lucy Hotel in Abuja with official recognition of several directors and zonal coordinators in the six geopolitical regions.

Highlighting the relevance of a comprehensive manifesto, Director-General of Asiwaju Tinubu Presidential Campaign Organisation, Adebayo Shittu, stated that they understand many Nigerians are frustrated with certain happenings in the country hence the need to capture what the electorates and youths want from a Asiwaju’s presidency.

While stating that members of the 65-man resource persons were selected based on their affinity with the grassroots in their respective zones, Shittu said that they have been given four to six weeks to come up with viable recommendations that will form the core of Asiwaju’s manifesto.

“The Asiwaju Tinubu Presidential Campaign Organisation considers it appropriate to assist our principal with ideas that could be regarded as a Rebirth Manifesto. That is, a comprehensive manifesto of hope that meets the contemporary needs and expectations of the Nigerian people.

“Among other things, this think tank committee will recommend timeslines in the implementation of policies on educational transformation, total fight on insecurity, provision of full employment for hapless youths who have been distraught over the last 20 years, economic reconstruction, agricultural revolution, rapid advancement in technology, innovation and digitisation, infrastructure development and impactful leadership that Nigerians can be proud of.

“The committee has been given four to six weeks to present their recommendations to our principal,” he said.

Asiwaju’s manifesto has become a subject of controversy after a document credited to his campaign team in the first week of June.

Barely two months after the Tinubu Campaign Organisation distanced itself from the viral document circulating on social media, the same material touted as the ‘manifesto’ of All Progressives Congress’ presidential candidate, trended again on the internet yesterday.

A worried TCO Director of Media and Communication, Bayo Onanuga, had disclosed that what was being peddled online was a mere draft of suggestions on probable programmes Asiwaju can implement when elected in February 2023.

It also highlights how Asiwaju will transform Nigeria into an enviable country and one where there would be justice, peace and prosperity for all, with “a robust economy.”

Speaking with our correspondent on Tuesday, Onanuga confirmed that the manifesto being shared mostly via WhatsApp and Facebook was the same unofficial campaign manifesto of the APC presidential candidate.

“We have said it for the umpteenth time that it is not our manifesto. It is the same old viral document that people are still sharing as Asiwaju’s manifesto,” he fumed.

One of the signatories to the alleged manifesto, Babatunde Ogala, also confirmed that the viral document was just a compilation of suggested ideas packaged by friends.

He said, “It is not Asiwaju’s manifesto but personal input by a group of friends. How it found its way into the media is what I don’t know.

“It becomes a manifesto when it is eventually put together and doesn’t carry anybody’s name but the candidate’s imprint.”