Obi, Nigerian elections is not on social media- ADC 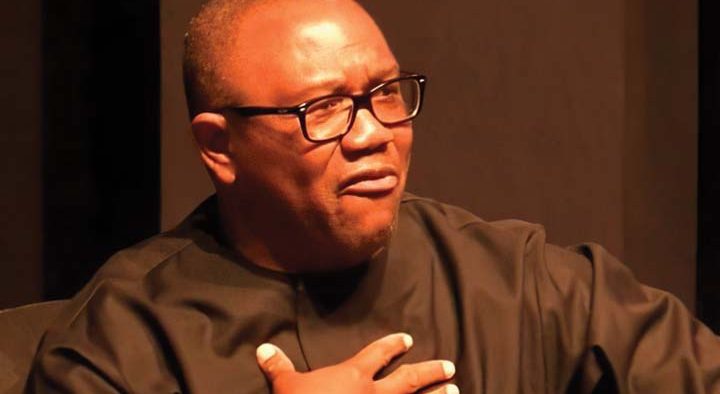 The Chairman, Electoral Matters of the African Democratic Congress, Chief Anayo Arinze, has told the Labour Party and its presidential candidate, Peter Obi, not to be deceived by their massive social media following.

Arinze said those campaigning for the LP and its candidate via social media were only doing so to deceive them because the Independent National Electoral Commission had no polling units on social media platforms.

He stated this on Sunday at the ADC stakeholders’ meeting in Awka while noting that Obi’s popularity was mainly on social media and that the LP would not make any good headway because it had no structure nor politician to push its candidates for the 2023 electoral exercise.

According to him, the 2023 general election will be keenly contested across the states of the Federation and will be different from past elections.

He said, “I don’t think the Labour Party would make any good headway in the election. They are currently the champion on social media. They have no structure at all levels, including Anambra State, where its presidential candidate comes from.

“They have no offices where they do hold meetings except social media platforms, so how do you expect them to have votes on the election?”

He also noted that it would take a miracle for the Labour Party with no structure at the grassroots to win the election, particularly, in Anambra State.

He said the purpose of the ADC stakeholders’ meeting was to articulate the way forward for the party and its candidates for the 2023 general election.

He boasted that since the registration of the ADC in 2006 as a political party in Nigeria under the leadership of Chief Ralphs Nwosu, it had always produced the best presidential candidate that would transform Nigeria into a global super power, starting with Prof. Pat Utomi to the late Dr Obediah Mailafia, the former Deputy Governor of Central Bank Nigeria.

“For the 2023 presidential election, we have presented to Nigerians another great thinker, technocrat, a highly successful businessman, builder and entrepreneur, Mr Dumebi Kachikwu, whose businesses cut across 20 countries in four continents to take Nigeria to greater levels. Dumebi is ready and spurred to give Nigeria a holistic transformation to a global super power and reckoning in the community of nations,” he added.

He urged members of the party to re-enact their zeal, commitment and patriotism towards the party and all its candidates.

“Now that ADC is at the verge of winning major electoral victories in 2023, I implore all of you to stick with the party, shun anti-party activities as many of you are doing presently and focus on the ADC campaigns. Ensure that your wings are well covered. Let us work to deliver Mr Dumebi Kachikwu and our great party, the ADC, in 2023,” he noted.

Osinbajo pens ‘special appreciation’ to doctors, others after surgery
The HB Report July 24, 2022