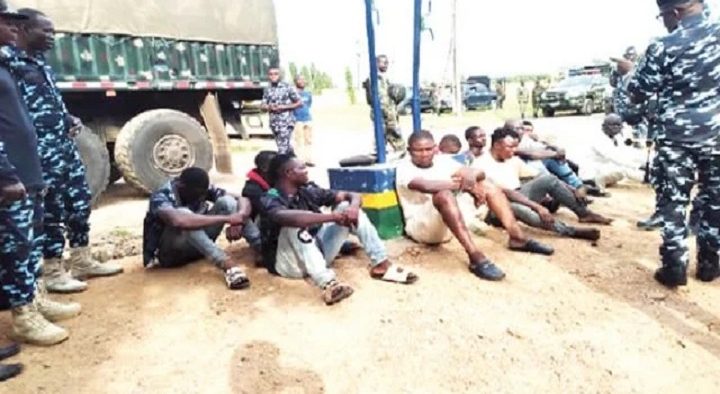 Oyewale, who is the NURTW Chairman, Olorunda unit, was reportedly arrested at his Ojurin, Osogbo motor park office by the soldiers. It was learnt that some other people were also arrested with the suspect.

The development was said to have thrown the Old Garage Area where the park is located into panic, as many drivers and passengers waiting to board to different destinations fled the scene.

The state leadership of the Peoples Democratic Party, recently said it had written several petitions to security agents, accusing the NURTW boss of masterminding attacks on its members.

An eyewitness narrated how Oyewale was whisked away during a chat with our correspondent, saying, “the soldiers arrested him in his office. They came in two vehicles. Some people were also arrested with him.

“We can’t say where he was taken to now, but he was arrested this afternoon in his office in Ojurin, Osogbo.”

But Media later learnt that Oyewale and about 15 others arrested by soldiers were later handed over to the police at the Osun police Command Headquarters in Osogbo.

When contacted to know if Oyewale and others were in the custody of the police, the Deputy Inspector General of Police, in charge of Osun election, Johnson Kokumo, who confirmed that some people were arrested simply said, “some arrests have been made. Whether by soldiers or NSCDC, I don’t know. I don’t know who they are. Let’s do our due diligence before asking who they are.”

TINUBU, SECURITY AND FUTURE OF NIGERIA
The HB Report July 16, 2022