There is no difference between Atiku, Tinubu and Obi – SAN 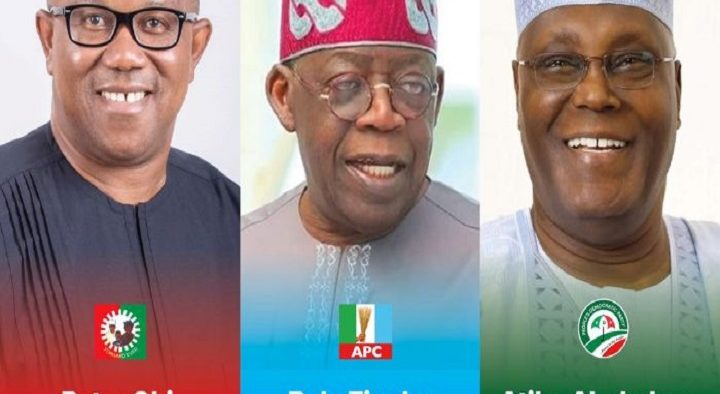 A Senior Advocate of Nigeria, Ebun-Olu Adegboruwa, has described as futile the candidacy of the Labour Party’s flagbearer, and his running mate in the 2023 presidential election, Peter Obi and Datti Baba-Ahmed, respectively.

Adegboruwa, in a statement on Tuesday, titled, “The Futility of Obi/Baba-Ahmed Ticket,” said the duo lacked a legitimate party or structure but leveraged on their financial prowess to buy the platform meant for genuine working-class representatives.

Adegboruwa also said that there was no major difference among the presidential candidates of the Peoples Democratic Party, the All Progressives Congress, and the Labour Party; Asiwaju Bola Tinubu, Atiku Abubakar, and Obi respectively.

Adegboruwa wrote, “They are usurpers with no legitimate party or structure, leveraging on their financial prowess to corner a ticket meant for genuine representatives of the working class.

“They revel in parading dubious statistics, gathering mob support without ideology or principle other than raw anger against the status quo, which their idols were part and parcel of.

“The supposed anger of bourgeois renegades against their fellow capitalists can never result in any benefit for the masses that they have all wickedly trampled upon with glee.

“What does Peter Obi offer or represent in present-day Nigeria other than ethnic and religious sentiments? Were those not the same factors that produced the error of the Buhari regime?

“Are we not to rate aspirants in line with their track records? Or what exactly can we find for inspiration in Obi’s eight-year adventure in Anambra State?” He asked.

He noted that “Hajia Harira Jibril was gruesomely murdered in cold blood in Anambra State, yet the “peoples’ President” neither visited the family nor issue a single statement in condemnation.”

“Do we now hand over Nigeria to opportunists or inventors of commercial degrees?”

The renowned lawyer also said Obi would have never emerged as a presidential candidate if he had remained in the PDP, saying, “had the stained and leaking umbrella of the PDP shaded Obi, would he have ever emerged as the disgruntled representative of the disorganised “new movement?”

Adegboruwa further stated that the Nigeria Labour Congress, promoters of Obi’s new-found Labour Party, had become a “toothless entity, incapable of prosecuting any meaningful struggle since the advent of the APC administration, which has perfected the egregious style of persecuting or compromising all opposition strongholds.”

“The price for crass opportunism is a principled rejection of all its apostles and beneficiaries.

“I cannot see the benefit for Nigeria in the Obi/Baba-Ahmed stillborn ticket, neither do I discern any marked difference among Atiku, Obi, and Tinubu. In fact, a decamped or frustrated member of the oligarchy is worse than his masters,” he concluded.

Efforts to reach the spokesperson for Peter Obi, Mr. Valentine Obienyem, proved abortive as his known line was not reachable as of the time of filing this report.