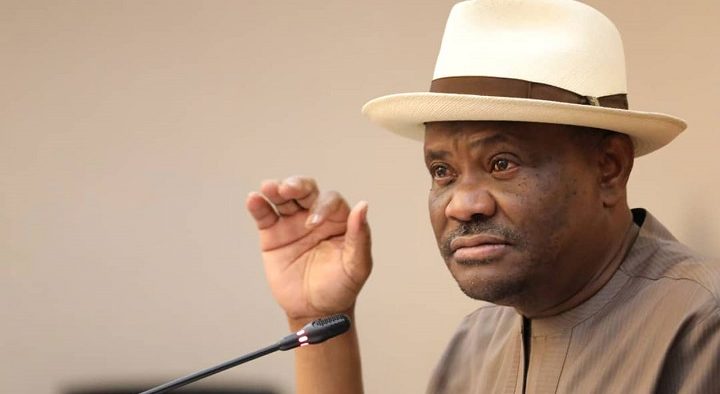 A former governor of Jigawa State, Sule Lamido, has said Governor Nyesom Wike of Rivers State made it clear that he was not interested in becoming the vice-presidential candidate of the Peoples Democratic Party in the 2023 general election.

The opposition party had been immersed in a crisis following the outcome of its presidential primary and the emergence of the Delta State Governor, Ifeanyi Okowa, as the running mate of its presidential candidate, Alhaji Atiku Abubakar, a development which prompted the party to begin reconciliation efforts.

Some party leaders, including the Benue State Governor, Samuel Ortom, and a former governor of Ekiti State, Ayo Fayose, had criticised the party’s handling of the primary, Wike’s treatment and the selection of the running mate of the PDP.

But Lamido explained that Wike, who contested the presidential primary of the PDP, said he was not using the primary to negotiate for a VP slot.

The Jigawa governor, who said he was a member of the committee that recommended three persons for presidential candidate of the PDP, Atiku Abubakar, however, said the former vice president was not obliged to the committee’s advice.

“I was on the panel. Now, the criteria the members of that committee might have used might have been confined within the walls of the PDP, but they chose somebody for Nigeria not for the PDP.

“If the whole thing is going to be centered on the PDP, by the time we have an in-house thing, we may lose the election, no problem, but then, whatever we do, we are going to bring it outside and tell Nigerians that this is what we are giving them, that was what we did.

“Therefore, Atiku is not obliged to pick our own recommendation. We gave him three names to choose from. In any case, (for) those who are ranting, Wike said he didn’t have the aspiration to run for vice president, and that he was running not for any negotiating purposes. He said so.

“He made it very clear. He said whatever he did was purely for that purpose and will not use his aspiration to negotiate for anything,” Lamido told Media.

The Rivers governor had maintained silence since Atiku rejected him as his running mate, fuelling the suspicion that he might not support the former vice president in the general elections, having received the presidential candidate of the Labour Party, Mr Peter Obi, and that of the New Nigeria Peoples Party, Senator Rabiu Kwankwaso.

But Lamido, who dismissed the suspicion, said though Wike was unhappy about the situation, people around him were crying more than the bereaved.

The former Jigawa governor said, “No, he’s angry, he’s just like a boiling pot. When the pot boils over, it will spill over and what will happen? It (the spill) will mess up the body of the pot.

“Now, for those who love Wike, people like me, we should make sure we remove the log from under the pot which is the fire. When that is done, the temperature of the pot will come down first.

“For people who think that they love Wike more than we do, beyond these emotional things, what can they do? I’ve been saying, can any of them, Fayose and Ortom, take him around Nigeria and support him to win the election, can they?

Meanwhile, a chieftain of the PDP and Chairman of Ikwerre Local Government Area of Rivers State, Dr Samuel Nwanosike, said the former governor of Jigawa State, Sule Lamido, was one of the committee members that voted against Wike to be selected as the running mate to the party’s presidential candidate.

Nwanosike, however, said the recent remarks by the Benue State Governor (Ortom) had answered the comments credited to Lamido.

Nwanosike, who is a strong supporter of the Rivers State governor, stated this during a telephone chat with one of our correspondents in Port Harcourt on Thursday.

He said, “The reply to Lamido is in the statement by Governor Samuel Ortom of Benue State. Governor Ortom has told the world the truth and nobody has contradicted him. Lamido was one of the people that dissented in voting. Out of the 17 members in the committee, 14 voted in favour of Governor Wike, three voted against.

“Lamido is one of the three that voted against and went and convinced the candidate of the party who initially was neutral and was expecting the committee to do their bid.”

Nwanosike described Wike as an outstanding leader that believe that  power should come to the South for equity, justice and fairness.

Share this post
Previous Article
Saraki urges Nigerians to pray against insecurity, others, during Sallah
Next Article
I will not probe past govts if elected says, Obi

I will not probe past govts if elected says, Obi
The HB Report July 9, 2022