How policemen, LASTMA officers use Traffic light to extort motorists 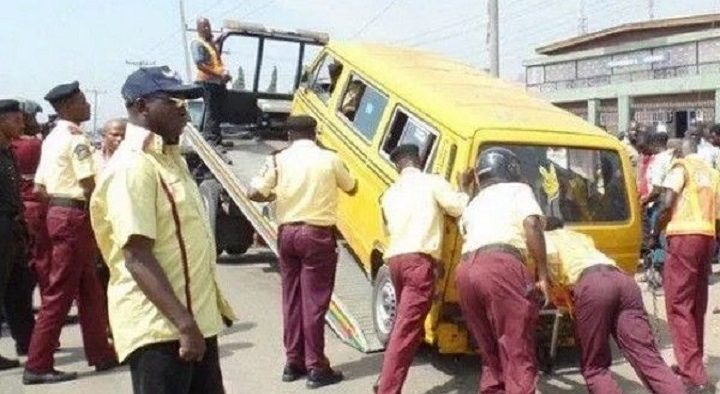 A group of police officers and men of the Lagos State Traffic Management Authority have been caught in an extortion scheme using the traffic light at the Isheri-Berger area of Lagos State.

PUNCH Metro, after receiving a series of complaints from motorists, who had fallen victims to the law enforcement agents, went to the community on Tuesday, June 28, and observed as car owners were stopped on the pretext of violating a traffic rule.

Our correspondent, who disguised as a hawker with a bag of popcorn and nose masks on his shoulder, watched for over four hours as the syndicate operated.

The group mainly exploits motorists seeking to connect from the Berger-Isheri Road to the Lagos-Ibadan Expressway, using the old traffic light.

This reporter notes that the green arrow of the traffic light runs for about 20 seconds before indicating the amber and the red light.

However, it does not do countdowns.

Motorists, who leave the waiting lane between 17th and 19th seconds, when the green light is still on, are arrested as soon as they get to the road linking the Lagos-Ibadan Expressway.

Our correspondent observed as the LASTMA officers and policemen stopped motorists and pointed their attention to the traffic light, which by then had turned red.

PUNCH Metro also noted that the motorists were stopped on the instruction of a pot-bellied man, who entered the vehicles.

The man, with two others also in mufti, entered at least two Toyota Camry cars and did not alight until after a stop at a Point-of-Sale terminal shop.

It is, however, not clear if these three men are policemen, traffic officers or agents of the syndicate.

While the investigation lasted, our correspondent also noticed coordination among the uniformed officers, numbering seven.

Any motorist who insisted on verifying his offence was taken to the officers in the traffic warden box, who readily confirmed their offence.

The motorist is then taken to the PoS point to withdraw money for the officers.

Commuters, who took the route regularly, as well as those who had businesses around the vicinity, appeared to be aware of the extortion at the junction.

While also disguising as a driver who had just been arrested for a traffic offence, our correspondent visited some PoS operators within the vicinity and confirmed that the extortion had been going on for a while.

One of the operators said, “That is what they do always. They bring people here to withdraw money after they have been arrested and the amount their victims withdraw from us ranges between N10,000 and N60,000.”

Another PoS operator, however, suggested that our correspondent should offer the officers N5,000, saying the law enforcement agents would take it.

A motorist, who identified himself as Taiwo and claimed to be a recent victim, said he was also accused of moving when the traffic light was red.

He said, “The day I was arrested, one of them who was in mufti forced his way into my car, and was joined by another officer and they ordered me to drive towards the state secretariat, Alausa.

“At first, I could not even wrap my head around their allegations that I beat the traffic light, but I just kept driving. It was during our conversation that he suggested that I bail myself out before getting to Alausa where my car would be impounded and may not be recovered again.

“Then we began to negotiate. It was in the course of the negotiation that he asked me to make a detour from the express back to the passage under the Otedola Bridge, as I drove back to Berger where he took me to a PoS vendor. This was after he declined that I do transfer to him. I gave him N5,000.”

Another road user, who gave his name as Tokunbo, said he was stopped twice at the location.

“The first time it happened, I challenged them that I did not commit any offence, and of course and I called their bluff. I also threatened to take them up, so they allowed me to go.

“The second time it happened, I didn’t take it lightly with them since I knew what they were up to. It was after I reacted that they started asking me to give them something, and I refused,” he added.

PUNCH Metro observed that the extortion point is close to the Isheri Police Station.

He said, “I am not aware of any complaints that any of our officers are extorting money from motorists at that location. We are not an irresponsible organisation. If you provide us with evidence that our officers are misbehaving and engaging in extortion there, of course, we will take it up.

“If you’re at the headquarters today, you will see officers that were reported by their DPOs to the Commissioner of Police because they misbehaved. So, please let us know. The DPO in the area will be summoned and we will make sure that it is looked into.”

The Lagos State Commissioner for Information and Strategy, Gbenga Omotosho, said the state would do something about the traffic light.

He said, “What you have observed is a technical problem which no one has brought to our notice. If we observe it then we will rectify it. Most of them work automatically and are automatically timed. Fortunately now, I am with the Commissioner for Transportation and he is telling them what is going on there. So, we are going to look into it.”

On the extortion, he said, “I can’t speak for the police, but I can speak for LASTMA and the traffic light. If any LASTMA official extorts you, just report such an officer and we will take him or her up.”

A driving school owner, Kolawole Sunday, said most traffic officials did not know the significance of traffic light and deliberately misinterpret it.

“No traffic official is allowed to make an arrest once a motorist passes the line before the light turns red. You are free to go, but you need to speed up so that other vehicles meant to move next won’t catch up with you. Also, traffic officials are meant to guide motorists and not make arrest alone, but some of them will not because they have ulterior motives,” he added.

“Motorists also have the right to insist that the traffic official identify himself or herself because some of them don’t wear uniform on purpose.

“Motorists have the right to legal representation and not respond to any interrogation until they consult their lawyers. And in cases of extortion, they can lodge complaints,” he added.