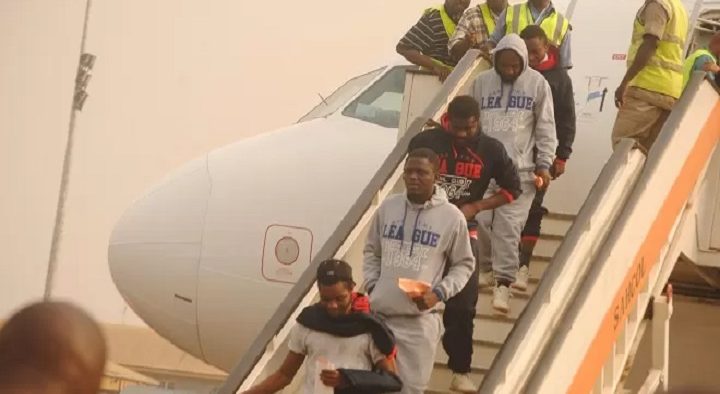 Nigerians deported from the United Kingdom, in the early hours on Thursday, have arrived Lagos.

According to authorities in Nigeria, the deportees, who are mainly mothers and grandmothers, arrived the Murtala Muhammed international Airport, Ikeja.

They arrived in Lagos early this morning with one Home Office charter flight.

It was gathered that some members of LGBTQ communities seeking asylum were among the deportees.

Some of the deportees claimed they have lived in the United Kingdom for many years.

However, the Nigeria Ministry of Foreign Affairs told British Broadcasting Corporation, BBC, the deportation bothers on violation of immigration-related offenses.

It was gathered that the deportees were later conveyed to yet to be ascertained locations.

As at the time of filling this report, Vanguard is yet to ascertain the number of the deportees.