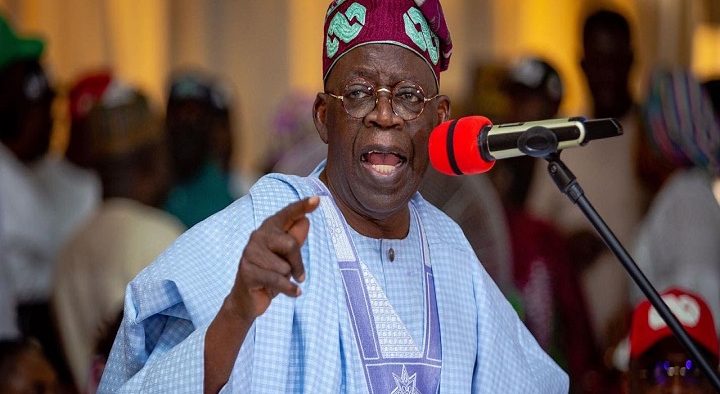 Nigerians were on Wednesday divided on social media following the open endorsement of All Progressives Congress presidential candidate, Bola Tinubu, by the Yoruba Nollywood actors.

While some backed the choice of the actors, others claimed that the same set of thespians was among those who allegedly foist the President, Major General Muhammadu Buhari (retd.), and attendant maladministration on Nigeria in 2015 and 2019.

The thespians noted that their support for the APC national leader had become imperative following his support for the movie industry, practitioners, and the ex-governor’s influence across the country.

The actors made their position known in a video clip shared by a veteran actor, Yinka Quadri, where some of his colleagues took turns to endorse Tinubu’s candidacy.

But reacting to the endorsement, Nigerians on Twitter expressed concern over the Yoruba actors’ support for Tinubu at a time when the country allegedly needed a fresh hand with ideas as a leader.

@Theabiolasteven wrote, “The persons’ morality and integrity are to be questioned in the first place. Nollywood Yoruba as always been a hall of shame since time beyond, hungry sets of men and women. If the women are not Mc Oluomo short time knacks then the men are stomach infrastructure wobiyas.”

@Ifeadigoh also wrote, “Tinubu supporters have a tribalistic strategy that focuses on provoking the people from South East. They do this to get a reaction from the South Easterners which they would use to prove that South Easterners don’t like Yoruba. Divide and Conquer!”

@_Samcleave said, “You cannot watch Nollywood Yoruba, see how 95% of their products are senseless, and still think those that own that industry has any cognition to influence your electoral choices.”

@Letter_to_Jack wrote, “The only place canceling can get to Yoruba actors is IG Live and no one who’s dedicated to watching live videos of celebrities fanning vawulence will ever cancel them for any reason. They are out of reach on this one.

@PoojaMedia tweeted, “Okey Bakassi/Psquare endorse Peter Obi = They know the right it, it’s their right. Yoruba actors endorse Tinubu = They are canceled, why only Yoruba, tribal people. Focus on your candidate cos there will still be endorsements from your fav celebrities for their candidates.”

@Taiwoalabiho2 – “A group of Yoruba actors made a jingle for BAT and you started ranting. Psquare, Phyno, Flavour and a number of South-South & South-Eastern celebrities are rallying support for Peter Obi, so what’s the problem? We cannot move forward with these double standards.”

@Wizarab10 – “Why are you insulting them? You don’t know what BAT has done for them or the Yoruba movie industry. Many of you don’t watch Yoruba movies anyway. Support your own, let them support their own. It is not affecting you.”

@IsoloShoemaker – “P-Square and others can support Peter Obi, but it becomes a sin when Yoruba actors campaign for Tinubu. Look at yourself and say to yourself “I am stupid”.”

@ThisIsAdemuyiwa – “What kinda campaign is this for goodness sake? You have attacked muslims cos Tinubu is a Muslim. You are now attacking Yorubas as if blackmailing and insults are the only available strategies. Sad to see the supposedly educated Nigerians UNLOOKING. It will be LABOUR IN VAIN!”

@lollylarry1 – “Why are u people angry about Yoruba Nollywood actors declaring support 4 Tinubu? You are claiming they got paid, so tell me, how much was Psquare paid 4 endorsing & campaigning 4 Peter Obi? You ppl hav not seen anything, by d time Ohaneze declare support 4 Tinubu, you’ll be shocked.”

@Ifeadigoh – “Tinubu supporters have been attacking Psquare for supporting Peter Obi, it didn’t work, they resort to blackmailing some Yoruba artistes with “Igbo artistes are supporting their own” How do you expect them to support a corrupt, selfish and thief like Tinubu? They get sense ni!”