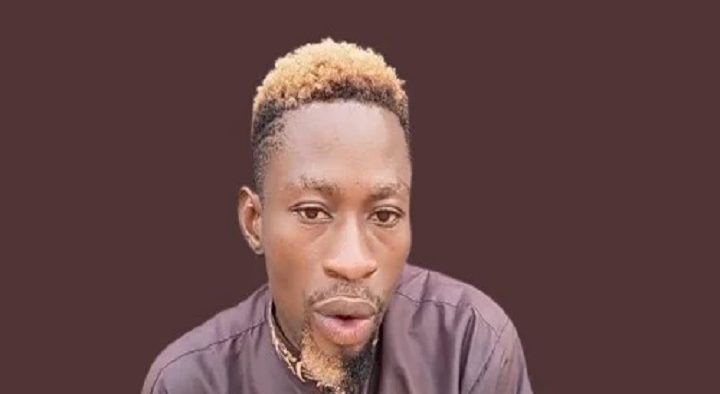 A comedian and vlogger, Chukwu Emeka, popularly known on social media as Broda Mike, has been reportedly arrested by the Department of State Services in Benin, the Edo State capital.

It was gathered that Chukwu, who is a skit maker, had recently been using his comedy skits to talk against poor governance, ‘corrupt’ politicians, and insecurity among others.

Chukwu’s mother, Mrs. Magaret Chukwu, who spoke to Media via a telephone conversation, Monday, said her son was arrested by the DSS allegedly over a video he posted.

When contacted via the telephone, the lawyer to Chukwu, identified simply as Mr Obo, said he was yet to see Chukwu at the DSS facility in Benin when he visited.

Speaking on what the vlogger could be charged for, Obo, who said he had been on the matter since Friday, said, “I’ve not seen the charges, but from the video watched thus far, I’m sure they’re going to charge him for inciting the public, and breach of public peace.

“I’ve not heard from the DSS, I’ve not seen him and they’ve not formally charged him to court. So I can’t say what they will charge him for.”

Meanwhile, among other persons that had joined the call for Broda Mike’s release, is the human right activist and presidential candidate of the African Action Congress, Omoyele Sowore.

Posting on his Facebook page on Monday, Sowore said the vlogger was illegally detained after being picked by the DSS in the GRA area of Benin City on June 14, adding that the vlogger had been denied access to his lawyer.

“Earlier today, I spoke with the lawyer and he told me the DSS claimed that they obtained a “court order” to detain him for 14 days and lied that he’d been transferred to Oko Prison.

“They did not allow him to see a copy of the said court order or meet with his client. His Inquiries so far didn’t show that he was transferred to Oko Prison as claimed by the DSS, he’s still languishing in DSS detention,” Sowore said.

Sowore noted that more legal resources had been offered to that of his family lawyer and “we’ve asked the DSS to release #BrodaMike without delay.”

When contacted via phone call on Monday, the DSS Spokesperson, Mr Peter Afunanya, whose line was busy, sent a text requesting that he be chatted or texted instead. However, when chatted via WhatsApp, and also sent a text message over the matter, he did not respond to our correspondent.

The DSS had been noted to have history of arresting activists or individuals considered to be speaking against authorities and detaining them for as long as possible. An instance was the arrest Sowore himself in 2019 after he called for a nationwide protest against hardships in the country and poor governance, tagged “#RevolutionNow.”  He was detained for several months by the DSS in the Federal Capital Territory, Abuja.