Showdown in NASS, as members lock horns with Govs over lost tickets 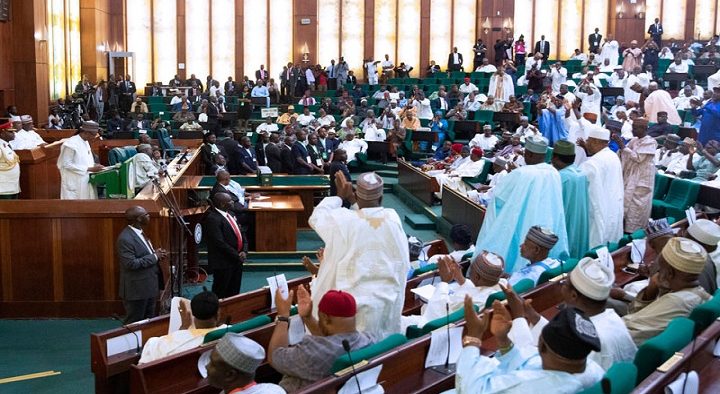 National Assembly members, who failed to win their parties’ tickets for the 2023 elections, are set for a showdown with state governors and their aides.

Findings by our correspondents showed that in states such as Benue, Kebbi,  Zamfara, Delta, Ekiti and Ogun, governors or their loyalists defeated incumbent Senators and the House of Representatives members to clinch their parties’ tickets during last month’s primaries.

Many of the National Assembly members have defected to other parties, where they would contest against the governors or their aides, who won the parties’ primaries.

Those who are not contesting are believed to be poised to work against the election of those who denied them of tickets.

The All Progressives Congress National Chairman, Senator Abdullahi Adamu, had on Wednesday met APC senators as part of moves to halt the planned defection of members of the red chamber.

No fewer than 13 Senators have already dumped the APC for the Peoples Democratic Party and other parties.

In Zamfara State, an APC member of the House Representatives, Kabiru Ahmed, who is representing Gusau/Tsafe Constituency, lost the ticket to  Alhaji Sanusi Garba Rikiji, a former Chief of Staff to the Speaker of the House, Femi Gbajabiamila.

According to sources,  Rikiji is close to the state Governor, Bello Mattawale.  Ahmed defected to the PDP, where he was given the ticket to re-contest the seat.

In an interview with The PUNCH, Ahmed said because he was cheated by the leadership of the APC,  as such, he was left with no option but to defect to PDP in order to actualise his ambition.

“I was cheated by the APC leadership, as such, I decided to change the party and joined the PDP and I thank God that I got the ticket to contest for the same position.”

Another APC House of Representatives,  Ahmed  Fulani, lost the ticket following the reconciliation between Mattawale and a former Governor of the state, Abdul Aziz Yari. He was replaced by  Zubairu Abdulmakik. Fulani defected to the PDP where he would contest the 2023 poll.

In the Kaura-Namoda/Birnin Magaji constituency, the incumbent member,  Sani Umar,  could not get the ticket to re-contest as he was replaced with Aminu Sani Jaji.

In an interview with The PUNCH, the APC Publicity Secretary, Yusuf Idris,  said House of Representatives members who could not get the tickets defected to the PDP even before the primaries.

He stated, “Those  members of the House of Representatives who did not get their tickets under the APC had already left the party before the primaries.”

“They refused to participate in the primary and returned to their former party, the PDP where they got the same tickets.”