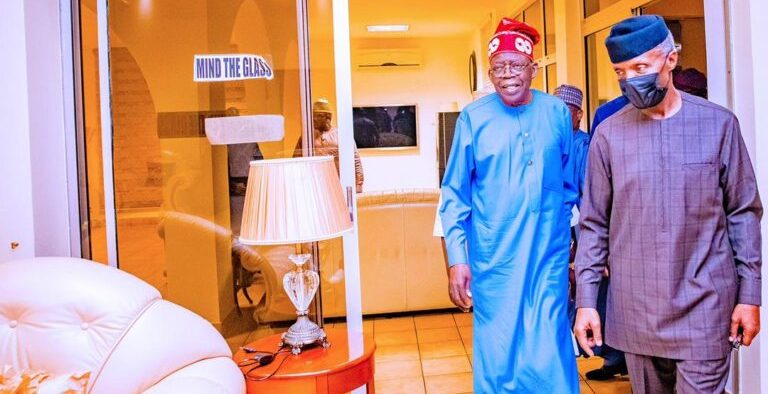 Asiwaju Bola Ahmed Tinubu, presidential candidate of the All Progressives Congress (APC), has visited Vice-President Yemi Osinbajo, at the latter’s residence in Abuja.

Osinbajo, who had contested against Asiwaju, came third in the election with 235 votes.

Prior to the primary, which was concluded on Wednesday, there were speculations over the relationship between Tinubu and Osinbajo — the vice-president had served as attorney-general of Lagos, while Tinubu was governor.

Meanwhile, Yemi Osinbajo, earlier on Thursday, had congratulated Asiwaju Bola Tinubu and praised him for his performance in the exercise.

See photos of the visit below.