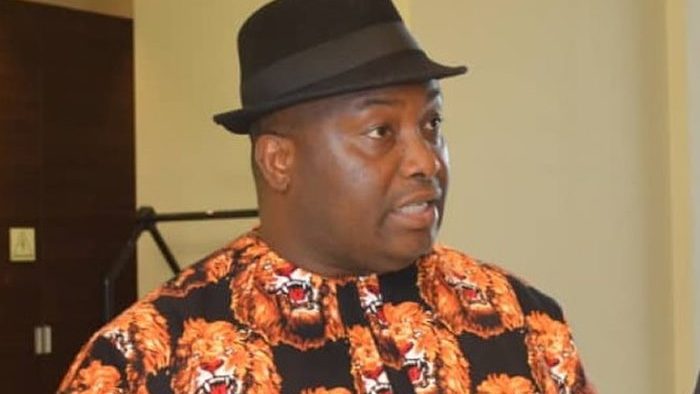 Senator Ifeanyi Ubah has won the Young Progressives Party ticket for the Anambra South Senatorial seat for the 2023 general elections.

Ubah emerged through affirmation from delegates of the seven Local Government Areas including Aguata, Nnewi North, Nnewi South, Orumba North, Orumba South, Ihiala, and Ekwusigo, that make up the district at the primaries witnessed by officials of the Independent National Electoral Commission.

The election was conducted under the supervision of the committee from the YPP National Secretariat, Abuja and INEC officials as observers. The primary held at Nnewi, on Sunday.

In his acceptance speech, Ubah, who is seeking reelection, said that his emergence would spur him towards more effective representation for the constituency.

The senator commended all the party delegates for their support and solidarity that led to his emergence as the senatorial candidate for the district.

Ubah promised not to betray the trust reposed upon him and that he will continue to promote their interests when he returns to the Senate.

He said he remained the choice of the constituents in the seven LGAs of the District.

“I urge you all to join hands with me in the struggle to give our great party, YPP, the desired victory at the 2023 general elections,’’ he stressed.

His emergence was also through a voice vote from the delegates.

In their separate reactions, Umeadi and Kingsley commended the party leaders for the opportunity to fly the YPP flag in Anambra State. They also vowed to defeat all the opponents in the forthcoming 2023 general elections.

He said, “The reason I joined the YPP is that it is a party without the issue of godfatherism, unlike the other parties, where the godfathers dictate to the members and at the end of the day, the people are left to suffer bad governance as a result.

“This is not going to be when I emerge the winner, I will ensure quality representation and legislation to impact on my people.”