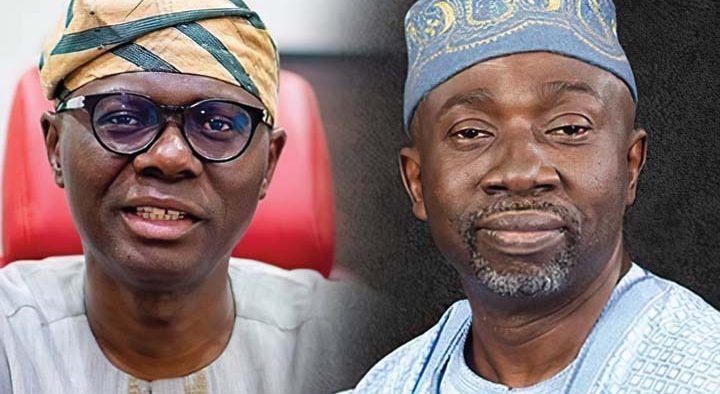 The Lagos State Governorship Primary Election Committee of the All Progressives Congress, on Thursday, barred one of the aspirants from the venue of the primary at the Teslim Balogun Stadium in the Surulere area of the state, The PUNCH authoritatively reports.

Our correspondent learnt that the committee prevented one of the contenders of Governor Babajide Sanwo-Olu, Abdul-Ahmed Mustapha, from the venue.

Mustapha, a former Permanent Secretary, Ministry of Energy and Minerals Resources in Lagos, resigned 14 months ago and had picked up the N50m governorship form of the party.

It was gathered that the committee chaired by a former deputy governor of Borno State, Shettima Yuguda, claimed that Mustapha was not cleared by the screening committee of the party.

However, the aspirant told The PUNCH that he was in Abuja two weeks ago for the screening though the result was not announced.

He said the Secretary of the primary election committee, Bashir Mohammed, turned him back on Thursday, saying that he was not cleared and as such cannot be given accreditation access to the venue.

Mustapha said, “We were told that we were not cleared by the leadership of the party and as such, they only gave accreditation tags to those that were cleared.

“We went to Abuja for clearance two weeks ago. The results of the clearance were not communicated to us.

“We went to the APC state secretariat at Acme Road yesterday (Wednesday), we tried to get our accreditation tags but we were not given. We were there till 7am this morning before going to the venue of the primary.”

Efforts to reach Yuguda, Mohammed and another member of the committee, Tilewa Sijuade, proved abortive as of press time as calls to their lines rang out.

Also, APC chairman for Lagos, Cornelius Ojelabi, did not take his calls as of press time.

Sanwo-Olu, the anointed aspirant of APC leader, Bola Tinubu, is seeking re-election. He is in the race with Mustapha; and Wale Oluwo, a former Commissioner for Energy and Mineral Resources in Lagos who is also an ally of ex-governor Akinwunmi Ambode.