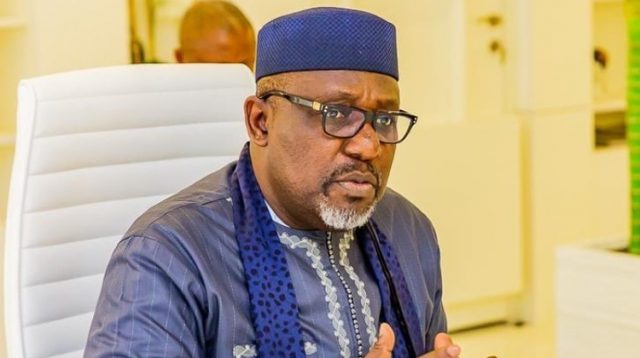 The  Economic and Financial Crimes Commission finally arrested a former Governor of  Imo State, Senator Rochas Okorocha, after a long siege to his Maitama residence in the Federal Capital Territory, Abuja, on Tuesday.

Security operatives who accompanied the EFCC officers shot sporadically to disperse a crowd of supporters who had come to show solidarity for the embattled former governor.