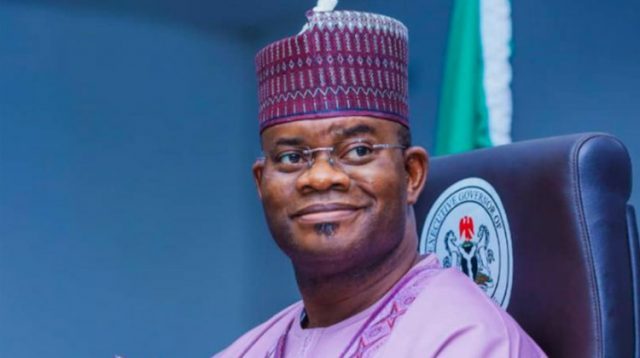 Ahead of the presidential primary election of the All Progressives Congress, a group of youths in Gombe, on Saturday, took to the streets to rally in support of Governor Yahaya Bello of Kogi State.

The youths, who came out en masse, were sighted dancing and walking from Doma plaza along Biu road to the APC square in the Gombe metropolis.

Our correspondent observed that during the 7.5 kilometres walk, some of the youths assured that they were embarking on the walk to show support to Bello because he had proven to be the only young politician that cared about the youths.

According to Usman Soja, the Coordinator of Yahaya Bello Support Group in Gombe, the Kogi State Governor is the only candidate with impressive leadership skills

He said, “Yes, we are supporting him to be president because he is a youth that is capable, we have seen his handwork in Kogi State. All we are looking for in Nigeria today is a better life for the youths and we are convinced that Yahaya Bello can deliver on that.”

Also speaking, Nasiru Baba revealed that the youths had been disappointed over years by the age bracket of previous leaders.

“We just want Yahaya Bello to be our next president because we have been trying the old and elders and nothing has changed in the lives of the youths. So, as youths, we need Yahaya Bello who is one of our own to change the look of things for us,” they said.

Meanwhile, The Ebira community in Gombe who was also part of the rally, called on the delegates of the APC to support the governor of Kogi State at the party’s primary, adding that he had what was needed to succeed the President, Major General Muhammadu Buhari (retd.).

Speaking on behalf of the community, the Secretary, Rakiya Dadi, said, “Yahaya Bello is good, capable, and deserving, he can address the issues affecting the youths and women because he has done so in Kogi State.”

While calling on the APC delegates in Gombe to help the youths by selecting their candidate, the state coordinator of Rescue Nigeria Mission, Amadu Musa added, “I’m certain that Yahaya Bello has the capacity to rescue and place Nigeria on the right path to development.”