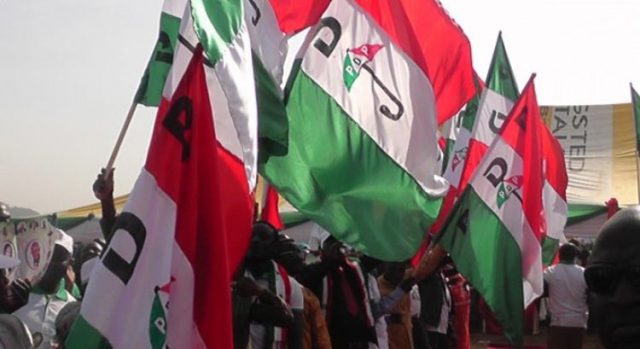 The two factions of the Ebonyi State chapter of the Peoples Democratic Party, who are flexing muscles to outsmart each other in a bid to seize the structure of the party in the state, on Saturday, held parallel congresses to elect a 3-man delegate ahead of the party’s primary elections billed for May.

It was gathered that the five-man central panel, set up by the national leadership of the party for the state congress, were also divided into two factions.

Ogba is the incumbent Senator representing Ebonyi Central Senatorial zone and governorship aspirant on the platform of the PDP.

Ogba, who spoke with journalists on Saturday, insisted there was no parallel three-man delegate congress in the state.

He said there were no two committees set up by the national leadership of the party for the exercise.

According to him, the committee chairman, Calistus Anyanwu, distributed materials for the exercise to the local government returning officers on Saturday morning.

He expressed hope that the congress would be peaceful and transparent.

He said, “The congress is now ongoing in 171 wards across the state. As you are aware, this is the third time we have tried to do this congress and one thing or the other will disrupt it, but we thank God that today, it’s finally being conducted. I hope that at the end of the day, it will be very successful.

“I strongly believe that the outcome of the congress will be successful and acceptable to all members.”

In an interview with the state Publicity Secretary of PDP, Mr Chika Nwoba, at the party secretariat in Abakaliki on Saturday, he said, “The Local government returning officers for the congress were in the party secretariat where they met with party members and displayed the result sheets they came with for everybody to see before the left for the LGAs for the congress.

“As I talk with you now, the exercise is ongoing and we hope it will be peaceful and successful.”

Asked whether he knew that another group was holding a similar congress for the PDP in the state, he said, “I am not aware that anybody distributed materials apart from the one distributed a few hours ago.

“If anybody was in possession of any material before now, I may not be aware but they displayed the one they came with (referring to the local government returning officers) and we believe that that’s the most authentic one.

“I believe that at the end, the result will be collected and it will please every PDP member in the state.”