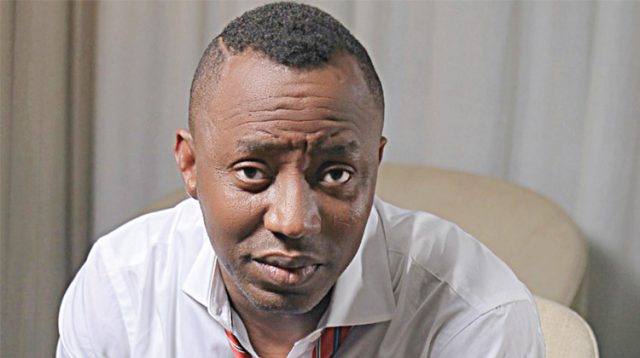 The African Action Congress on Thursday maintained that Omoyele Sowore remained the National Chairman and a presidential aspirant of the party for the 2023 elections.

The party also debunked a report by a group of people claiming to be its members, who stated that Sowore was expelled from the party in 2019.

The earlier report by the self-acclaimed National Publicity Secretary, Sylvester Cletus, claimed that Sowore was removed for violating the party’s constitution, and misappropriation of funds, amongst other offences.

But in a press release by the party’s National Publicity Secretary, Femi Adeyeye, made available to The PUNCH on Thursday, it said the earlier report was purported by “rogue elements” who aimed to “smear the image of the party and its leaders.”

The party claimed the report accusing Sowore of misconduct was false, criminal, and sponsored by an expelled member of the party, Leonard Nweze.

To set the record straight, the AAC noted that Sowore never misused any party funds but gave a statement of account concerning the expenditure of campaign funds.

The party further justified Sowore’s position as both leader of the AAC and its presidential candidate.

The statement partly read, “As a matter of education, let it also be known that Sowore occupying the chairmanship position of the party and being its presidential candidate, is not unconstitutional or immoral.”

The AAC noted that such cases were obtainable in the times of the nation’s founding fathers such as Obafemi Awolowo, Nnamdi Azikiwe, and later Gani Fawehinmi.

The statement continued, “The African Action Congress is a party entrenched in democratic tenets and it has processes and steeped in lessons from our history.

“At the appropriate time, there shall be a change in the leadership structure by the democratic will of party members.

“To lay the matter to rest is to ask our friends in the media to disregard this news and to send it to the trash can of history where it belongs.

“Sowore remains a staunch member of the party, a leader of leaders and a presidential aspirant in the 2023 elections.”